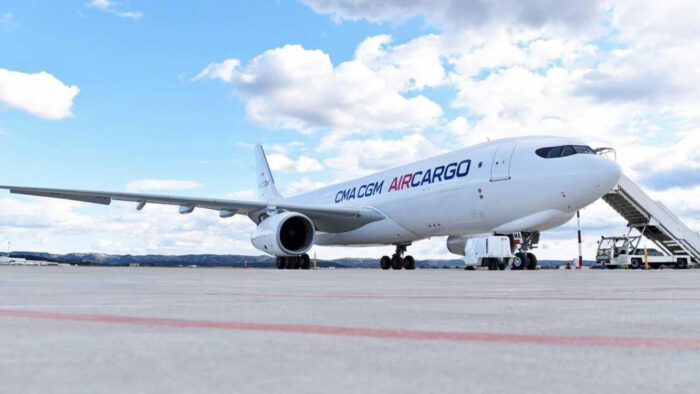 Boeing will deliver the aircraft in the spring of 2022, a CMA CGM spokesperson said.

The company, based in Marseille, France, purchased the A330s on the secondary market from another airline.

The move into air cargo is a way for CMA CGM to diversify its logistics business, ensure capacity for its huge logistics arm, CEVA Logistics, and tap the booming air cargo market. Boeing and other industry analysts project air cargo to grow at a 4.7% annual rate, but the market is much hotter this year. In August, air cargo demand was up 7.7%, according to the International Air Transport Association.

CEVA has a blocked space agreement on board the aircraft. The company offers the same arrangement to other customers and says CEVA doesn’t get preference.

In related news, Lufthansa Cargo said it has added two 777 freighters to its fleet as it completes the transition to a single-aircraft type. It now has 15 777 aircraft in service: 11 of its own aircraft plus the capacity of 4 777s operated by DHL joint venture AeroLogic. One of the aircraft is a production freighter from Boeing and the other is a recently purchased used aircraft.

Lufthansa Cargo’s last MD-11 aircraft is making a farewell tour after 23 years. Its final rotations are between Cairo, Tel Aviv, Chicago and New York with the greetings “Farewell” and “Thank you MD-11” emblazoned on the fuselage. It will be retired after it lands at Frankfurt Airport at noon on Oct. 15.