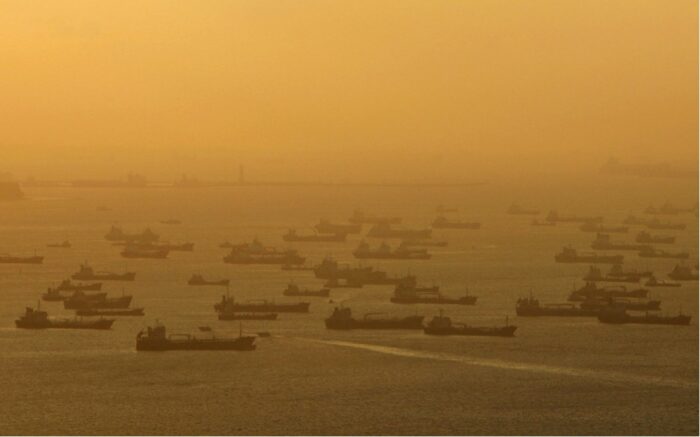 According to Kuegne + Nagel, the busiest ports such as Los Angeles/Long Beach, are experiencing delays of 12 days or more and 353 container ships are anchored outside ports around the world, more than double the number earlier this year, seeing the entire port infrastructure system overwhelmed.

In addition, due to the sudden increase in online shopping driven by the pandemic, high demand has led to stock shortages and delays in deliveries, as users ask to have the goods delivered to them the next day.

Increasing prices, alarming producers and frustrating consumers, is what has been generated due to the sum of an aging and overloaded port system, since it does not have the capacity to meet the increasing size of ships, since only the time to install a crane varies between 18 months and more,  generating that the ports take time to adapt quickly to the changes of the demand and as a consequence new restrictions are born to try to cope with the problem.

It is known that only $17 billions of President Biden’s $1.22 trillion infrastructure bill is allocated to ports and waterways, however, it is important that such investment be allocated with a broad and comprehensive national maritime strategy, to generate a better competitive level in international trade.

According to Bob Kunkle, of the company Harvest Harvest, the solution of congestion in ports is to take palletized cargo from ships to stores, since this way it will be possible to deliver smaller loads, on board smaller ships to smaller ports, generating a better distribution. For that, government support is needed that does not exist and more and more the means in logistics are decreasing.