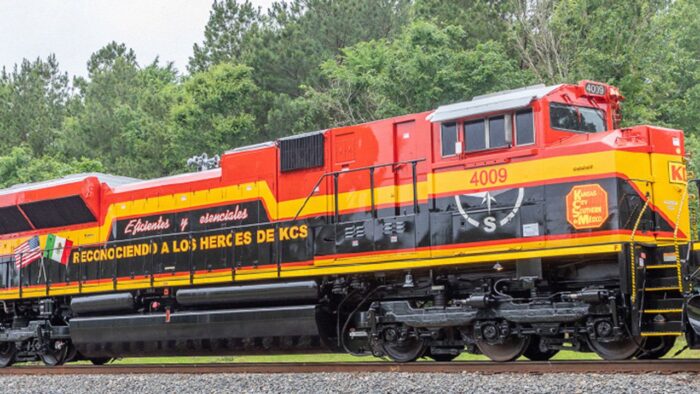 Kansas City Southern will stop investing in Michoacán due to roadblocks

As of this 2021, the rail transport company Kansas City Southern (KCS) will stop investing in Michoacán due to the constant blockages to the train tracks.

Óscar del Cueto, president of KSC in Mexico, pointed out of the 118 million dollars available to the company to improve the rail infrastructure in the country, only a small part will be used to maintain infrastructure in Michoacán.

In addition, as of this year new projects in this entity were canceled, Del Cueto announced in an interview for El Sol de México.

“There is an impact on the image and perception for new investments (…) For growth projects we have nothing for Michoacán since this year,” he said.

The director of the railway company pointed out that the economic losses due to the blockades are greater than the 50 million pesos per day reported by the Association of Industrialists of the State of Michoacán (AIEMAC).

“It is the figure that we handle, but it would have to be multiplied perhaps by two or three, because we serve the Bajío, the Central area, the Metropolitan area of ​​the Valley of Mexico, Monterrey and the border area of ​​Nuevo Laredo, all of them are visible. affected by this blockade ”, explained the businessman to the media.

The blockade of the railways, he said, affects industries such as petrochemicals, since the company has six trains with products from Petróleos Mexicanos (Pemex), as well as the automotive and steel industries since, he recalled, the port of Lázaro Cárdenas is a strategic point for Mexico in terms of auto parts and finished steel trade.

Óscar del Cueto recalled that, together with Manzanillo, the Michoacán port is the main entrance to the country for products from Asia, a trade that, as the president of Mexico, Andrés Manuel López Obrador, pointed out last Thursday, “is very important” for the country and the region.

Despite the importance of the port of Lázaro Cárdenas and the seriousness of the crime committed by those who block the passage of the train, the investor emphasized that the authorities have not referred the culprits and those who have been detained, he said, continue their processes at liberty.

In this context, the president in Mexico of KSC said that the company is willing to invest in other parts of the country.

“There is growth in various sectors and other states such as San Luis Potosí, Nuevo León and Tamaulipas, where our network is in greater demand. There we are making investments to be able to grow and continue to meet the demand, “he said.

Since last July 31, members of the magisterial expression “Power of the Base”, adhered to Section XVIII of the National Coordinator of Education Workers (CNTE), have maintained a blockade of the roads in the town of Caltzontzin, municipality of Uruapan.

The protesters demand the payment of the second half of July, which the Michoacán government owes to about 28,000 education workers.

So far in 2021, in Michoacán there have been 14 blockades of train tracks, for a total of 30 days of paralysis in rail transport.