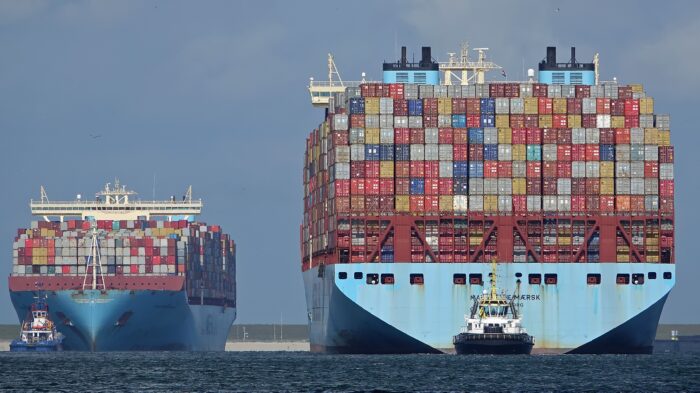 There is a saying in publicly traded companies: “Insufficient promises and over-deliveries.” AP Moller-Maersk has apparently taken that creed seriously in this year, as in the first quarter of this year the CEO called it the best. However, in the second quarter its EBITDA was $5.1 billion on $14.2 billion in revenue. “The strong quarterly performance is primarily due to the continuation of the exceptional market situation, with a strong uptick in demand causing supply chain bottlenecks and equipment shortages,” the company said.

Container shipping rates continue to set new records each week. Freight rates are likely to eventually fall, as demand for containers normalizes and supply chain bottlenecks and capacity constraints ease. Demand for goods is expected to begin to stabilize as services spending recovers, but replenishment is likely to support container production and imports.

Currently, there have been many blows to the supply chain, possibly due to the current COVID-19 pandemic and climate changes. All this has generated a row of delays that have drastically reduced the effective capacity of the system, inflating shipping rates reaching record levels compared to other years, causing carriers to be unable to get containers or space on ships in the ports of origin, since the demand for maritime transport continues to exceed the supply, which keeps ports congested and prices high.

According to the article published by Eric Kulisch in American Shipper, a shipping carrier said it would cost a company $32,000 to ship a group of standard containers from Shanghai to Los Angeles. West Coast rates between Asia and the U.S. are $18,345, six times higher than a year ago, and the price of shipping to the U.S. East Coast. It quadrupled to $19,620 per forty-foot equivalent unit. Rates from Asia to northern Europe are up 4% from last week and are more than eight times higher than a year ago and 2.5 times higher than at the beginning of the year.

Rising transport inflation is more than some can absorb. With all the changes that have had to be made because of that, customers must make decisions prioritizing which inventory they need and which they don’t, or even some others, simply must close.