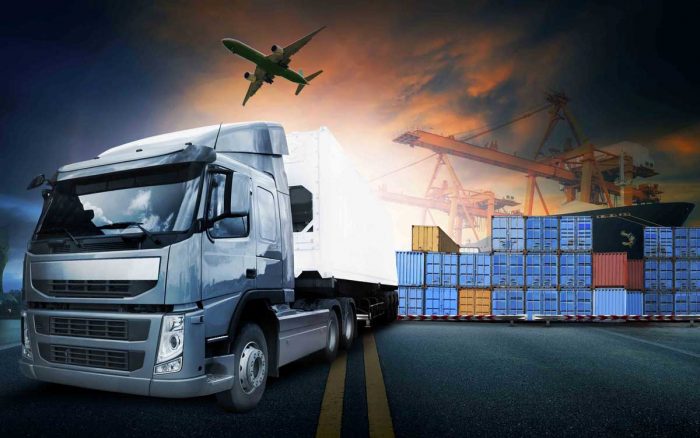 Ocean freight must tackle ‘the criminality of cargo misdeclaration’

With serious fires reported on containerships roughly every 60 days, the ocean freight sector needs to tackle “the criminality of misdeclaration” of the hazardous materials often associated with causing or exacerbating what can turn into fatal events, insurance specialist TT Club now argues.

Since the fire broke out on 6 March on the 15,000 teu ‘Maersk Honam’, Maersk Line has changed its stowage polices for known hazardous goods, no longer stowing declared dangerous cargo close to a ship’s accommodation block and engine casing until it is established what caused the devastating fire that cost the lives of five crew members. The blaze broke out in one of the holds and the fire is still burning one month on, although it is “under control”.

The Danish line confirmed that hazardous freight was on board and stowed in accordance with International Maritime Dangerous Goods code requirements. There is no evidence at this stage that dangerous cargo caused the fire, the line said, with the new stowage arrangements taken as a precaution.

As for the fire last month on the Maersk Kensington, Maersk told Lloyd’s Loading List that investigation had showed that the fire had been caused by a malfunction in a reefer unit.

Storrs-Fox commented: “TT Club is severely concerned about this continuing trend in containership fires and is urgently calling for greater diligence in the handling of hazardous materials so often found as the cause or catalyst of such killer events. The sad consequence of the ‘Maersk Honam’ incident in March 2018 counted five crew dead, and ‘MSC Flaminia’ in July 2012 similarly claimed three seafarers’ lives.

“However, there is currently a serious fire aboard a container ship roughly every sixty days. While these incidents take painstaking forensic investigation in order to identify the root cause, a fundamental focus must be on the criminality of cargo misdeclaration.”

He said a lack of knowledge about the hazardous nature of the commodities being packed into a container may be the case in a minority of circumstances, or poorly packed material not correctly treated given its dangerous characteristics. But he added: “Rather more sinisterly, there is too much evidence that dangerous cargoes are misdeclared due to a premeditated attempt to avoid the added costs and complexity that accrue from transporting such consignments by land or sea in compliance with regulations.

“It is a serious situation when a unit packed with dangerous goods, requiring specific and careful placement or stowage aboard a ship, is treated as if there were no danger from its contents at all; such a container may inadvertently be positioned in a way that exposes it to increased risk, thereby endangering other cargo, the crew and the ship.” Mis-stowage can also limit crew access to attend to a nascent fire, he added.

“Worse still, a lack of full information concerning the nature of the consignment may mean responders using the wrong tactics for dealing with a problem. The use of water to extinguish flames, for instance, might actually increase the risk of an explosion occurring or the fire spreading, in the case of certain chemicals,” Storrs-Fox pointed out.

“So, both training of those who wish to comply with the proper protocols for classifying and declaring dangerous goods is required, and far stricter enforcement against those that don’t comply.  Comprehensive adherence to the terms of the International Maritime Dangerous Goods (IMDG) Code would be a beginning.”

He said the commencement of full validity of the latest amendment to the IMDG Code (38-16) was “a prompt to ask whether all those involved are appropriately trained – not just to the latest standard, but at all”. The IMDG Code clarifies the population of ‘shore-based personnel’ as all who are involved in the shipment of dangerous goods and mandates that they receive training ‘commensurate with their responsibilities’ before they undertake them, Storrs-Fox explained.

He said instilling a “cargo integrity culture” into organisations would result in operators being proactive in matters of dangerous goods transport, in particular, and employing what could be described as “reality triggers”.

Storrs-Fox continued: “For example, due to the complexity of the international supply chain, the entity identified as the ‘consignor’ on the dangerous goods document may not have direct or physical control over key elements of the packing process. However this individual needs to be aware that legal liability rests with the ‘consignor’ and ensure that arrangements are in place to be in compliance with these international and national regulations.”

He said shipping lines were “inherently part of this collaborative culture change” and some had “been in the vanguard in seeking initiatives to ensure that dangerous goods are appropriately classified, packaged, packed and declared through the supply chain”. He highlighted the ‘Cargo Patrol’ initiative created by Hapag-Lloyd, awarded the TT Club Innovation in Safety Award in 2017 by ICHCA International. This reflected not only the efficacy of the Cargo Patrol search engine capability to identify erroneous shipments but also “the open-handed decision to pass the software to IBM for further development and to make the solution widely available to other shipping lines”, Storrs-Fox said.

He added: “Undoubtedly, any material improvement in the situation going forward will require broad stakeholder engagement. Others should join to champion some related and urgent goals – such as the need for governments to take seriously the IMO container inspection process in order to build credible data from which to draw conclusions; or the need for fire experts, ship architects and classification societies to identify and recommend fire suppression systems that are capable of handling the dangers of modern-day containership fires.”

He concluded: “The needs are diverse, constant and urgent; safety culture demands attention through innovation and collaboration.