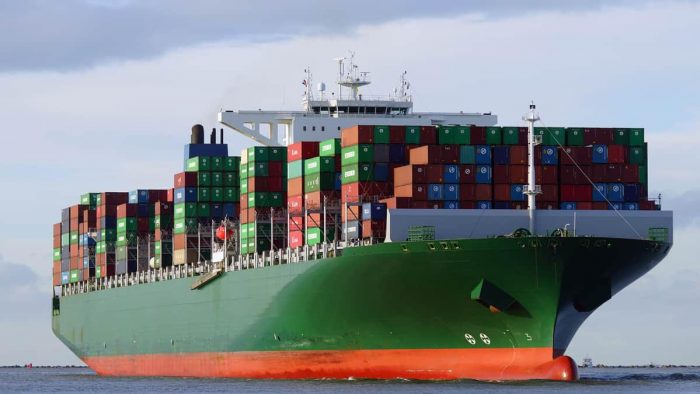 The world is in the third phase of a global supply chain crisis, according to SeaIntelligence Consulting. (Photo: Flickr/Kees Torn)

The impact on container shipping lines from the coronavirus pandemic could total about 17 million twenty-foot equivalent units (TEUs), according to Lars Jensen , CEO of Copenhagen-based SeaIntelligence Consulting.

That amounts to about 10% of global volumes in a normal world, Jensen did say he expects a strong volume rebound in 2021.

Jensen told UBS during a conference call that there currently is a ripple effect from the supply crunch in China. “This consists of insufficient transport capacity for EU and U.S. exporters,” the UBS call summary said.

With the rapid spread of the coronavirus in Europe and the United States, Jensen expects importers to reduce stock levels “until they see clear evidence of demand rebounding.”

The world is in the early stages of the third phase of the global supply chain crisis, according to Jensen.

Jensen explained to American Shipper: “Phase one was when China was closed down due to the virus and therefore there was a shortfall of container volumes due to closure of manufacturing. Phase two is the rebound when Chinese manufacturing was getting up to speed.

Phase three is the shutdown of the rest of the world as the pandemic spreads, causing a sharp drop in demand.

“There is an overlap between phase two and phase three. Phase two was only beginning as phase three suddenly ramped up rapidly and therefore we did not get to see the full effect,” Jensen told American Shipper.

“The problem with phase three is that we are right now in the very early stage of this. Container cargo being booked and shipped right now is based on orders that were sent to the factories one, two and three weeks ago, and this does not reflect what is happening in the market right now,” he said.

Jensen told UBS he is seeing more discipline from ocean carriers on rates.

“In contrast with the past, ocean carriers have moved more swiftly to blank sailings,” the UBS call summary said. This has protected freight rates, and backhaul routes from Europe and the United States “are now seeing increases in freight rates on the back of tight capacity.”

Jensen told American Shipper that freight rates have not plummeted during the coronavirus pandemic.

“Freight rates did decline somewhat during phase one but actually not in any large or catastrophic way. This is because carriers were very quick in removing capacity from the market and in addition held a reasonable price discipline where they saw little need to aggressively pursue volumes through price discounts. As we entered phase one, we were indeed beginning to see price increases caused by capacity/equipment imbalances,” he said.

Earlier this month Jensen wrote in an online post that the “the situation is unprecedented” but “there is one clear comparison: the financial crisis in 2008,” when global container volumes dropped by 10%. If the same contraction rate occurs this year, “this equals a decline of 17 million TEU globally for container lines” and ports and terminals could “potentially be looking at a loss of 80 million TEU of handling volume.”