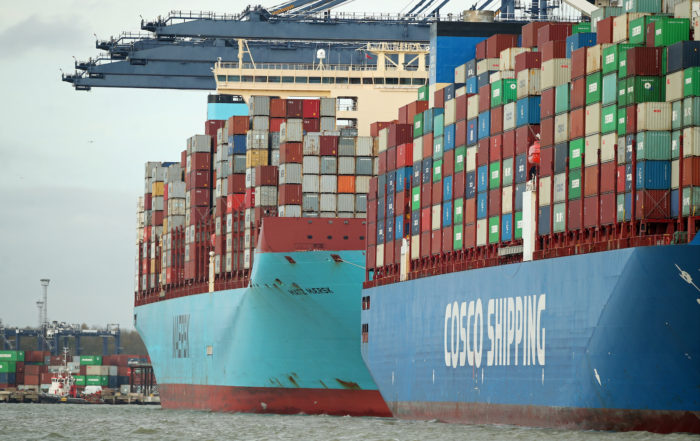 Container Shipping Had Its Best Quarter in History Last Year. 2021 Could Be Even Better.

Ocean carriers enjoyed their best quarter in container shipping history in the final three months of 2020, but are expected to have significantly topped that record in the first quarter of this year.

According to New York-based Blue Alpha Capital, fourth-quarter net earnings for the 11 carriers that report their financials came in at $5.8bn, but assuming that the non-reporting operators, such as MSC, achieved similar results, based on the average for the 11 lines the consultancy estimated the cumulative net profit for the period was a staggering $9bn.

For the full-year, Blue Alpha Capital calculated a combined net profit of $10.2bn for reporting carriers and an estimated $15.8bn net for all the top-ranked lines.

To put the 2020 earnings into context, they are more than double the total circa-$7bn of profit ocean carriers produced in the previous five years – with several carriers having racked up year-on-year losses during that period.

Moreover, the 2020 result is a complete reversal of the outlook for the industry before the pandemic.

“The final result for 2020 is a far cry from some of the doomsday predictions made mid-year, with fears the industry might post a collective net loss of up to $10bn,” said Alphaliner.

Analysing the performance of the three main Taiwanese carriers, Evergreen, Yang Ming and Wan Hai, as an example of the turnaround, Alphaliner noted that the lines had “profited from soaring transpacific rates and the added rate impact of box shortages”.

Alphaliner also noted that the trio had reversed a breakeven at Evergreen and loss at Yang Ming, while Wan Hai tripled its net result last year.

Meanwhile, Blue Alpha Capital founder John McCown traced the liner industry’s turnaround to an unforeseen over-correction of capacity by carriers on many tradelanes at the start of the pandemic.

“Carriers took immediate and aggressive action to reduce capacity by blanking sailings,” he said, adding that the industry consolidation in the form of the alliances had “made this logistically easier to accomplish”.

He said: “As it turned out, that was an over-correction in many lanes that resulted in demand exceeding capacity.

“The $64m question remains whether the industry has embarked on a new trajectory for its results, based on new capacity management skills, or whether it will revert to its historical mean performance,” he added.

Nevertheless, with massive spot rate hikes now complemented by much higher contract rates, carriers look set fair for even greater profits for the first two quarters of the year, at least, if not for the whole of 2021.

Indeed, China’s Cosco Shipping has advised its first-quarter profit will exceed $2bn, and The Loadstar understands that two European-based carriers will shortly alert shareholders to a much-improved outlook for the half-year.